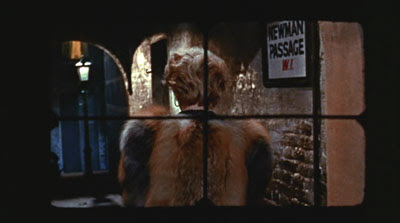 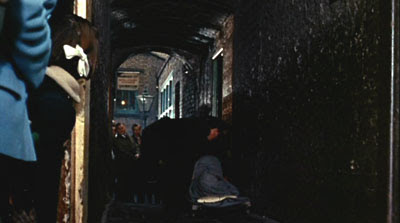 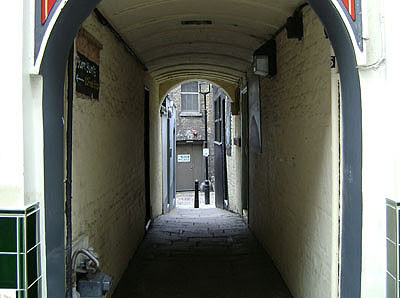 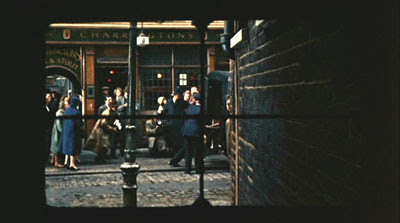 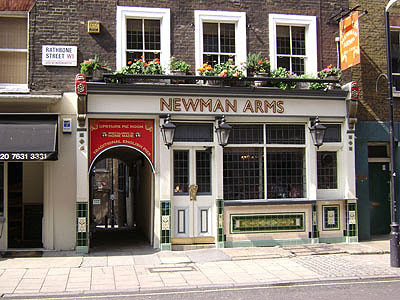 The newsagent’s shop where Mark works part-time taking nude girls pictures that are then sold under the counter - 29 Rathbone Place, London W1 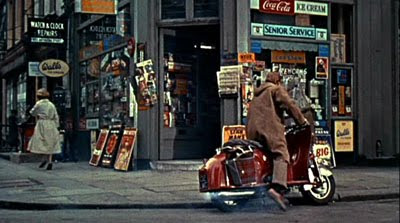 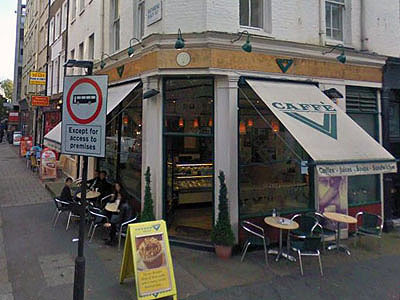 Mark’s house stood at 5 Melbury Road W14, London on the corner of Melbury Road and Abbotsbury Road but was later demolished and replaced with an apartment block. 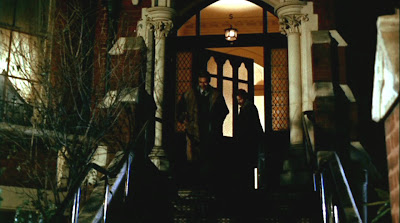 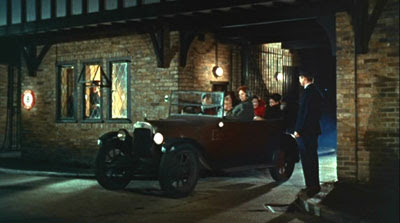 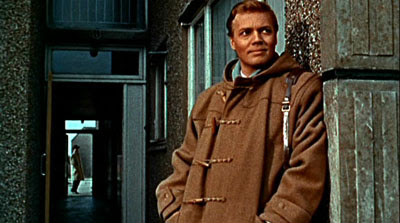 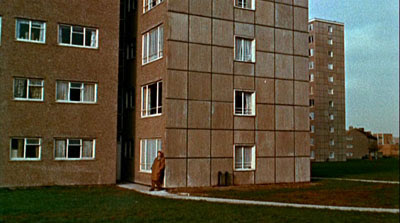 The 'library' across the road is actually Whitefield Secondary Modern School, Claremont Road, London NW2. It has been extensively renovated and is virtually unrecognizable now. 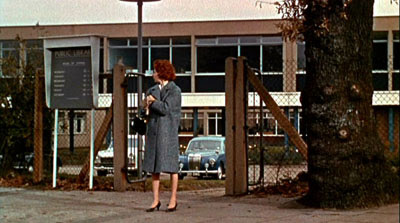 Mark returns home. The house across the street is Michael Powell’s own house where he filmed the home movie scenes with young Mark – 8 Melbury Road, London W14 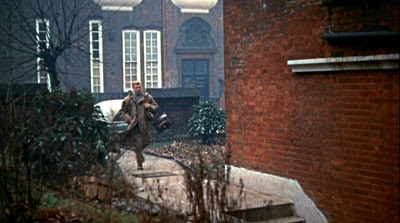 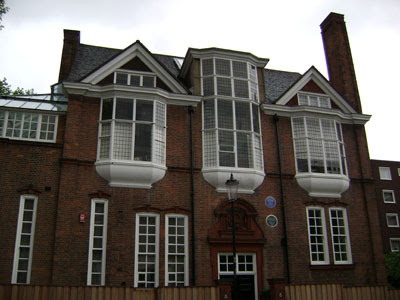 The shop across the street from the newsagent’s shop - 28 Rathbone Place, London W1 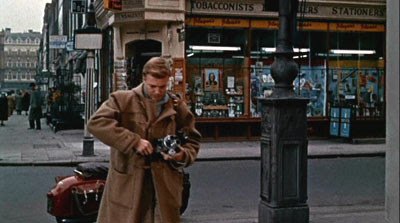 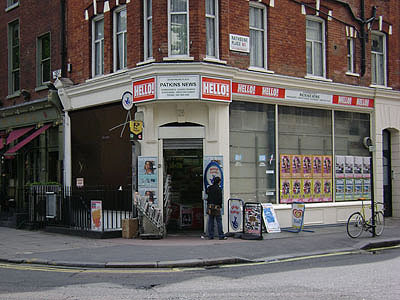 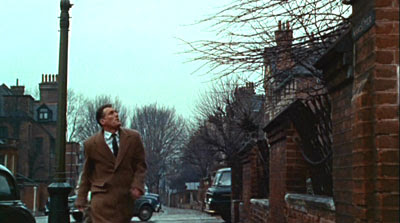