Allen's tribute to New York City was shot in black and white because that's how remembered it while growing up there. "I presented a view of the city as I'd like it to be and as it can be today, if you take the trouble to walk on the right streets." The film memorably begins with a montage of images of the city set to George Gershwin's Rhapsody in Blue. Due to the sheer number of locations, the interiors won't be mentioned here.

The opening scene between Isaac Davis (Woody Allen), his girlfriend Tracy (Mariel Hemingway), his friend Yale (Michael Murphy) and Yale’s wife Emily (Anne Byrne) – Elaine’s, 1703 2nd Avenue, New York, New York. Established in 1963, it was a popular gathering place for many celebrities, especially actors and writers. It was owned by the quirky and temperamental Elaine Kaufman. Allen has said that while the atmosphere was great, the food was terrible. Elaine’s closed on May 26th 2011, nearly six months after Elaine herself died at the age of 81. "The truth is, there is no Elaine’s without Elaine," the longtime manager Diane Becker said. In late 2013, Michael and Susy Glick, who already ran a restaurant in the neighborhood, opened a new establishment called The Writing Room in Elaine's old space. They retained the predecessor’s famed canopy, though it’s now charcoal, not yellow. 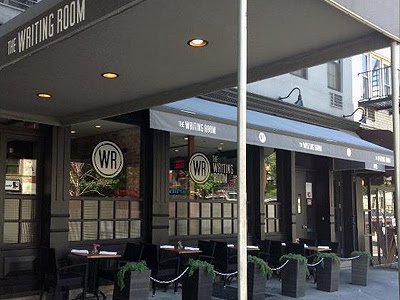 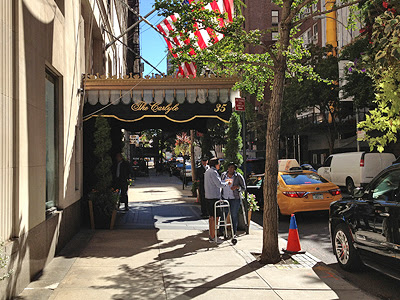 Isaac talking with ex-wife Jill (Meryl Streep) who’s writing a tell-all book about their marriage – 1271 Avenue of the Americas, New York, New York. The skyscraper behind them had been known as the Time & Life Building until Time Inc moved out in 2015. The building is currently undergoing an ambitious $325 million makeover. The developer is planning to replace the building’s entire curtain wall to create a more transparent interior space. The plaza in front of the building will also be redesigned. 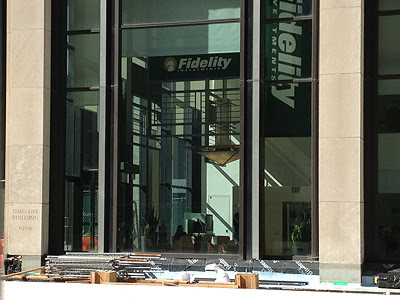 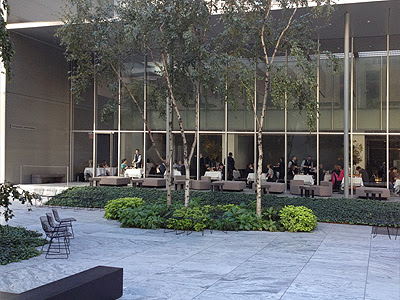 Mary and Isaac sitting on a bench with a view of the Queensboro Bridge – Sutton Square, New York, New York. It was shot at 5 am, and a park bench was brought in for the filming. The cinematographer Gordon Willis arranged with the city to have the lights on during the shooting of the scene. Some sites incorrectly list this place as Riverview Terrace. The terrace is a private cobblestoned street behind a locked gate located between Sutton Square and E 59th street. The lush trees from its garden now partially obstruct the view of the bridge. The tiny Sutton Place Park, next to Riverview Terrace, was inspired by the view in Woody Allen’s film. 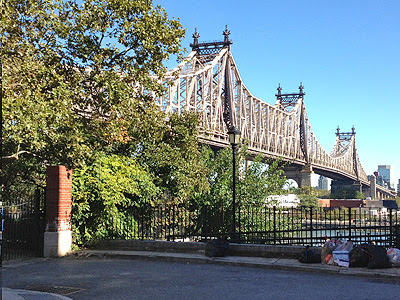 Isaac picks up his son at his ex-wife’s apartment – 14 Washington Mews, New York, New York. This was once a row of stables housing horses of wealthy people living nearby. In 1881, the Department of Public Works ordered to build gates on both ends to clearly separate the street from the mews. New York University purchased the property in 1950. Though privately owned, the mews are accessible to the public while maintaining its quaint and quiet charm. 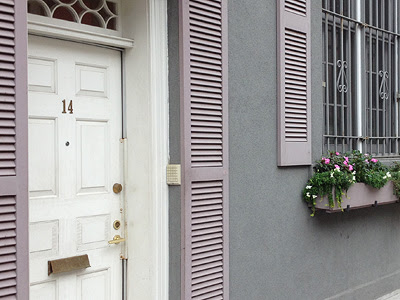 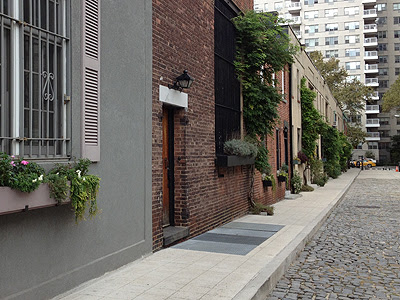 Isaac and his son looking at a sailboat in a shop window – F. A. O. Schwarz, 767 5th Avenue, New York, New York. The legendary toy store fell a victim of rising rents in New York City's hottest shopping district. F. A. O. Schwarz closed its doors in 2015, and the Apple Store has since moved in. 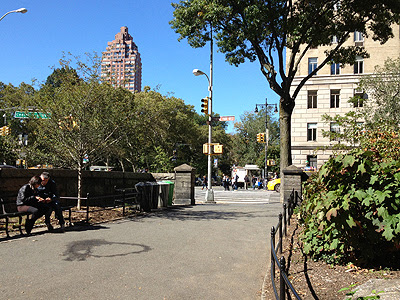 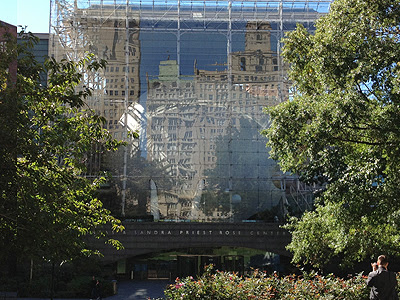 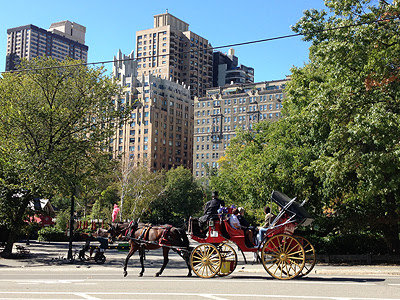 Yale breaking up with Mary – 995 5th Avenue, New York, New York. The Metropolitan Museum of Art is seen in the background.

Isaac takes Mary to a movie – Cinema Studio, Broadway at W 66th Street, New York, New York. It was a small two-screen movie theater near Lincoln Center that showed a mix of foreign and independent films. It closed in 1990 and was demolished when the Barnes and Noble Bookstore building was put up.

Tracy’s school – Dalton School, 108 E 89th Street, New York, New York. Originally the Children's University School, it is a private, coeducational college preparatory school and a member of the Ivy Preparatory School League. It was founded by Helen Parkhurst in 1919. The high school moved to its current building in 1929. 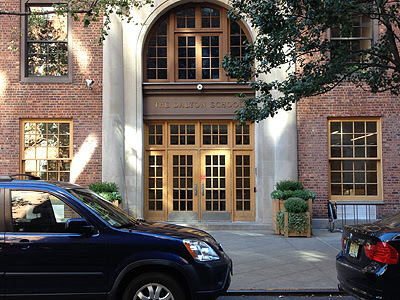 Isaac and Mary on a boat – The Lake near the Bow Bridge, Central Park, New York, New York. The bridge spans the Lake, linking Cherry Hill with the woodland of the Ramble. Built in 1859-1862, it was the first cast-iron bridge in the Park, and the second oldest in the U.S. 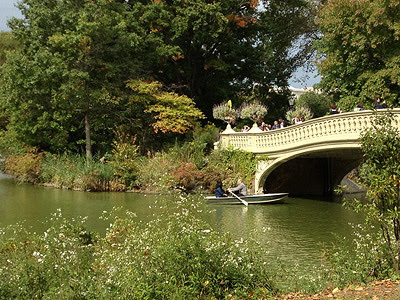 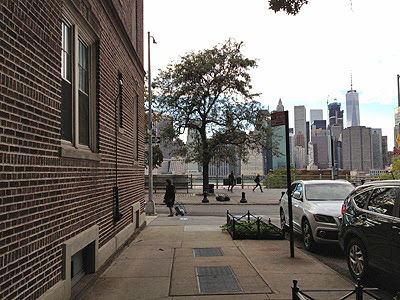 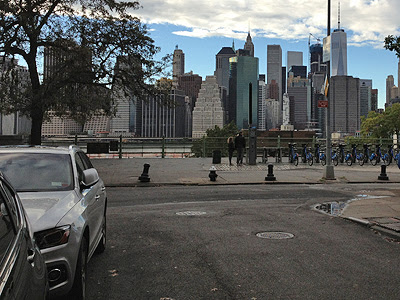 Isaac and Mary see a fire in an old building – Still searching for this location.

The clothing store where Isaac and Mary bump into her ex-husband Jeremiah (Wallace Shawn) – Still searching for this location. 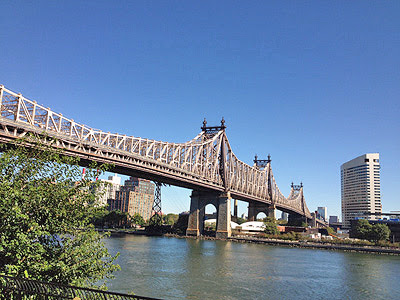 Isaac, Yale, Mary and Emily coming out of an antique store – Englewood Cliffs, New Jersey but still searching for the exact location.

Isaac going to see Yale after he’s found out that Mary is still in love with him – East End Avenue between E 87th and 86th Streets, New York, New York. Many thanks to Robert Egan for helping to identify this location. 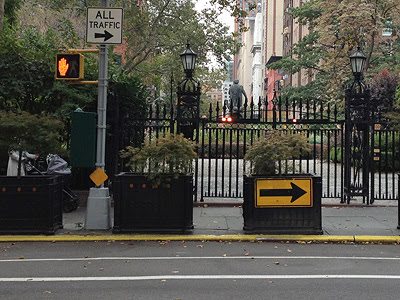