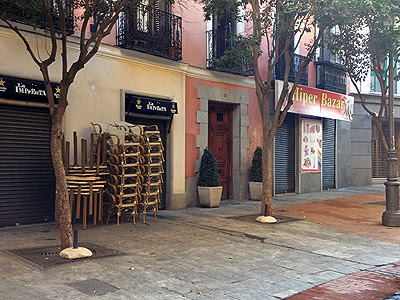 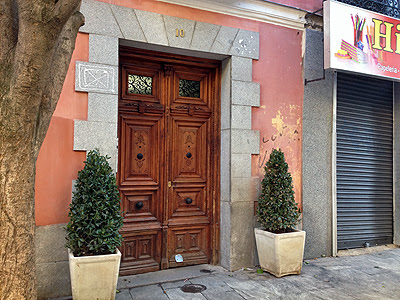 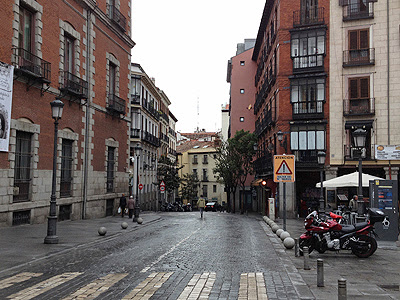 The bus driving past the Metropolis Building, Calle de Alcalá 39, Madrid, Spain It’s one of Madrid’s landmarks, built in 1907-1910 for the insurance company La Unión y el Fénix. The winged Victoria statue that now tops the dome was installed in 1975 by the new owner, Metrópolis Seguros, after the previous owners decided to take the original statue depicting the mythological figures of Phoenix and Ganymedes to their new headquarters. The new statue soon became a recognizable part of the Madrid skyline. However, it wasn't there yet in January of 1970 when this episode of the movie is set. 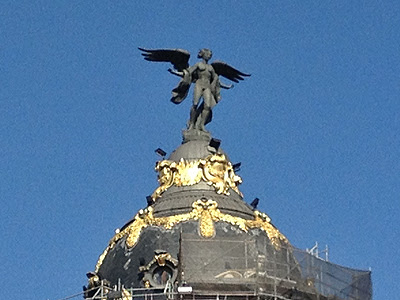 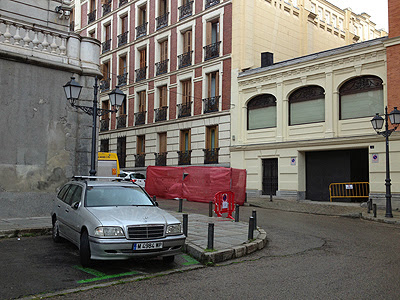 Isabel gives birth on the bus – Calle Méndez Núñez, Madrid, Spain. The pink building is the Salón de Reinos (Hall of the Kingdoms), a wing of the Buen Retiro Palace. 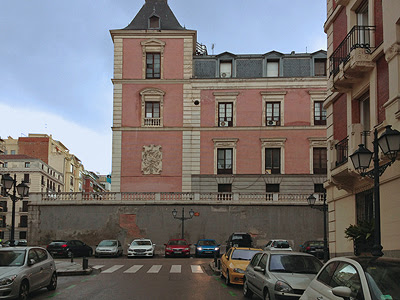 "Look, Madrid," Isabel's landlady says to the newborn baby – Puerta de Alcalá, Plaza de la Independencia, Madrid, Spain. The gate was completed in 1778 at the orders from King Carlos III who felt that the previous 16th-century Baroque gate wasn’t grand enough to mark the eastern boundary of the city. It was moved to its present location in the 19th century. The gate became one of Madrid's most enduring symbols. 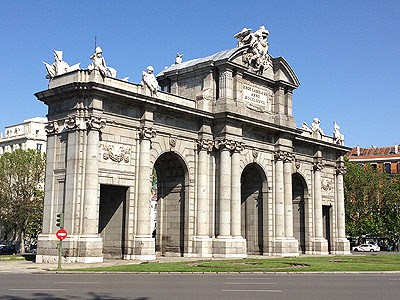 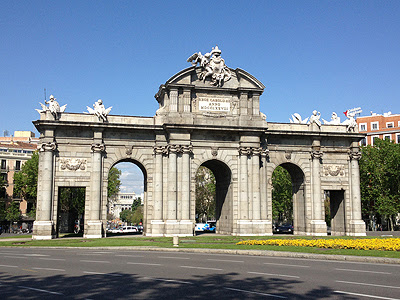 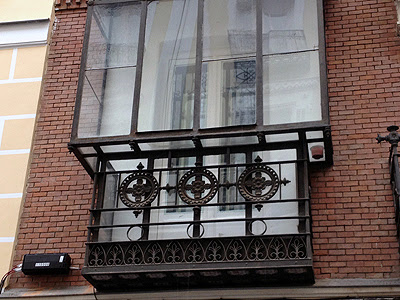 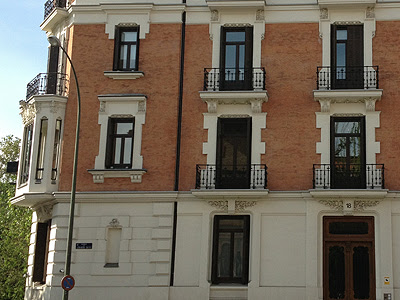 Victor's apartment in a condemned building – Avenida de Asturias at Calle Conde de Serrallo, Madrid, Spain. Almodovar captured this area, called La Ventilla, in the middle of redevelopment. The rundown one-story houses are symbolically dwarfed by one the two inclined office towers known as the Torres KIO or the Gate of Europe. 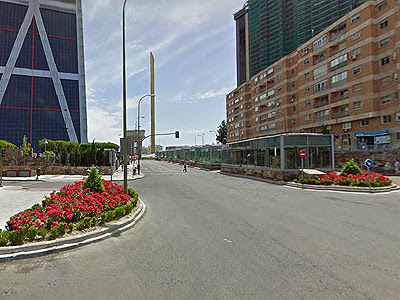 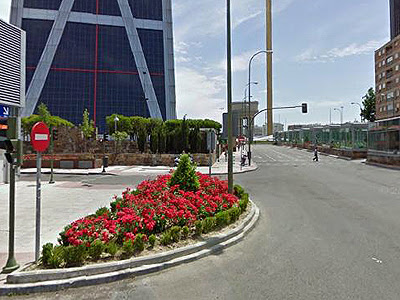 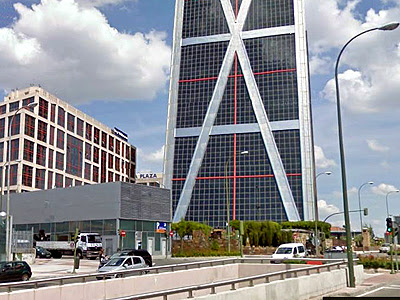 Victor goes to visit his mother’s grave and sees Elena at her father's funeral – Cementerio de Nuestra Señora de La Almudena, Avenida de Daroca 90, Madrid, Spain. With the number of people buried estimated to be between three and five million, it is the largest in Madrid and one of the largest in Western Europe. The second screenshot shows a cameo from Almodovar's brother Agustin who has been the producer of all his movies.

Elena and David's apartment – Still searching for this location

The finale – Calle del Arenal 7, Madrid, Spain. The director shot this sequence with a hidden camera from inside a van as the street was full of people doing their Christmas shopping. 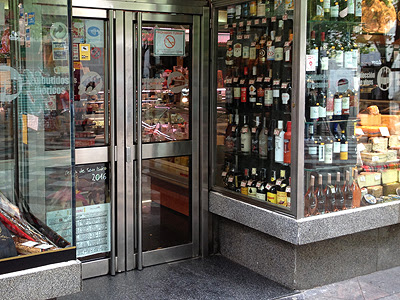