Many thanks to ItsFilmedThere for identifying the more obscure locations from the film. Check out this and many other Los Angeles-based movies over there.

Sid Hudgens’ (Danny DeVito) 'Hush Hush' office – Crossroads of the World, 6671 W. Sunset Boulevard, Los Angeles, California. This quirky structure, adorned with a streamline moderne tower and revolving globe, was built in 1936 as a shopping mall, but now it serves as an office complex. 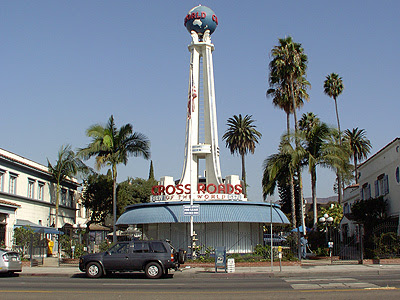 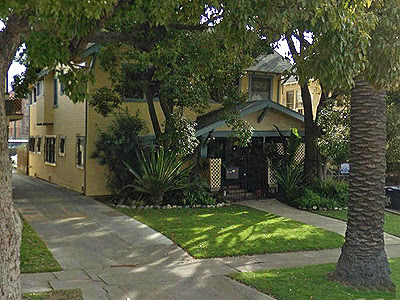 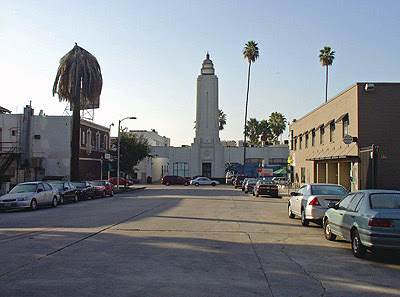 Captain Dudley Smith (James Cromwell) gives White his gun and badge back – Boardner's, 1652 N. Cherokee Avenue, Los Angeles, California. It's a classic Hollywood bar that was frequented in its heyday by the likes of Errol Flynn, singer Peggy Lee, and a Tinseltown hopeful named Elizabeth Short, who reportedly had a drink here on that fateful night when she became the Black Dahlia. 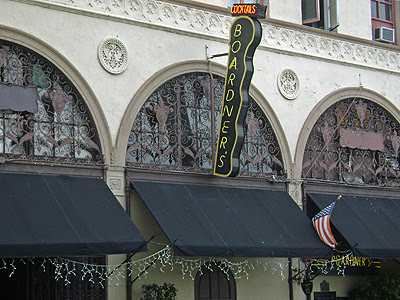 Victory Motel – This was a set built in Baldwin Hills, Culver City, California. 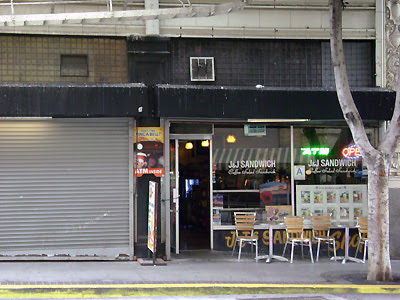 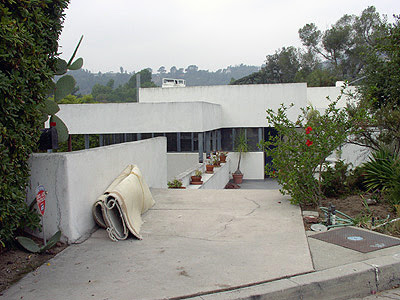 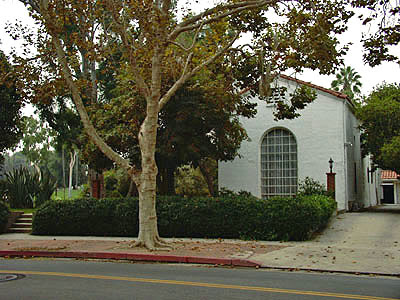 The house where the kidnapped girl is found – 496 E. Avenue 28, Los Angeles, California 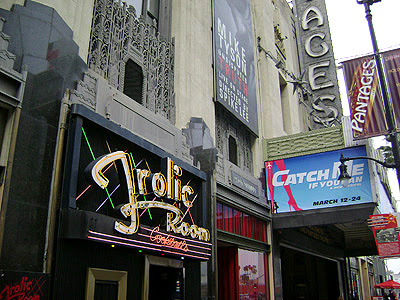 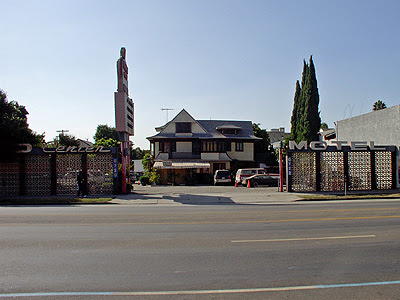 The bar where White hassles Lana Turner's gangster boyfriend Johnny Stompanato, and where Exley later mistakes Turner for one of Patchett's hookers - Formosa Cafe, 7156 Santa Monica Boulevard, Los Angeles, California. It's a long-running movie industry hangout where almost the entire wall space is covered with photos of the celebrities who have dined here at one time or another. The place was saved from demolition only after a couple of loud local fights. 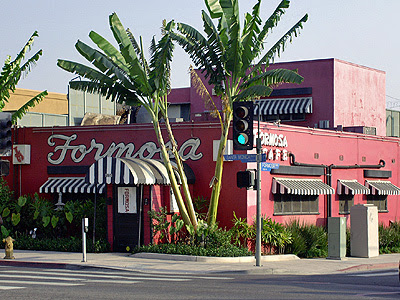 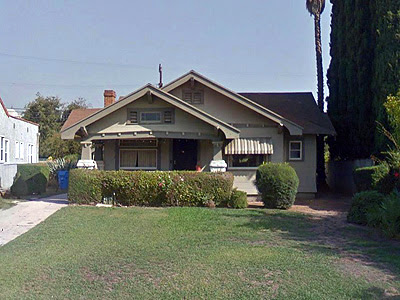 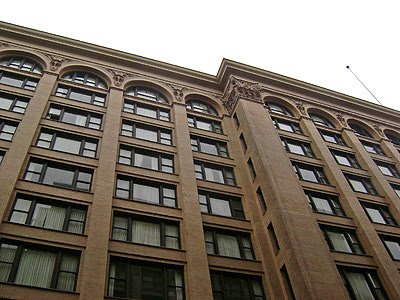 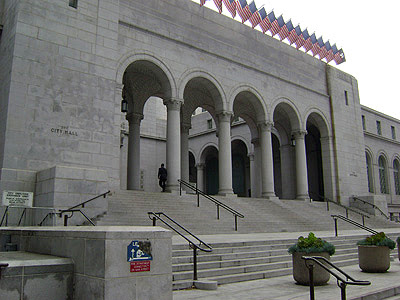