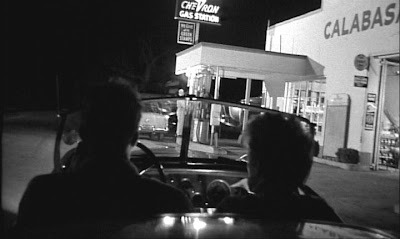 Hammer is discharged from the hospital – Kaiser Foundation Hospital, 4867 Sunset Boulevard, Los Angeles, California. The building has changed a lot over the years but the address is the same. 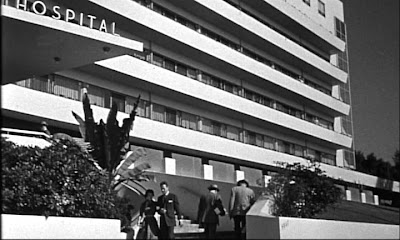 Nick's garage was located on W.Temple Street at N.Dillon, Los Angeles, California and was later torn down. 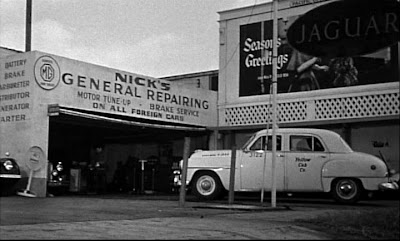 Hammer parks his car on N.Rampart Boulevard at W.Temple Street, Los Angeles, California, where he is followed by a thug. 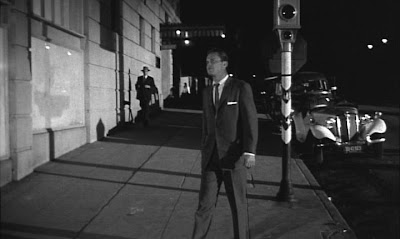 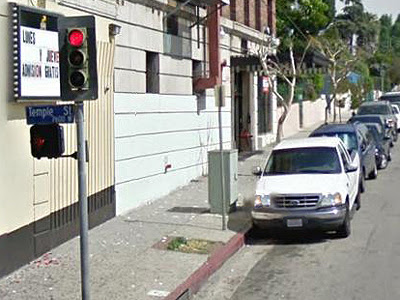 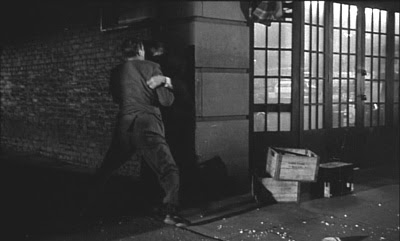 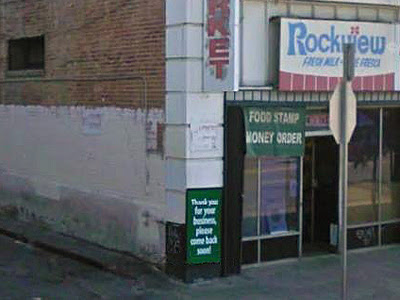 Ray Diker’s house stood on the corner of Sunset Boulevard and Hill Place. The building was torn down in the 1960s, the street was replanned and renamed. The current address for this location is 611 W. Cesar Chavez Avenue, Los Angeles, California 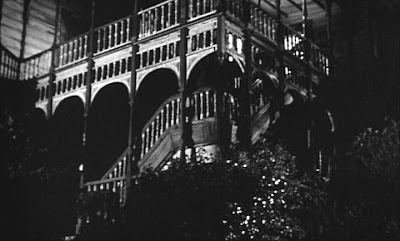 Hammer visits Christina’s apartment looking for clues - 325 South Bunker Hill Avenue, Los Angeles, California. This house known as The Castle was moved to Heritage Square in 1969 and was burned to the ground by arsonists the same year. 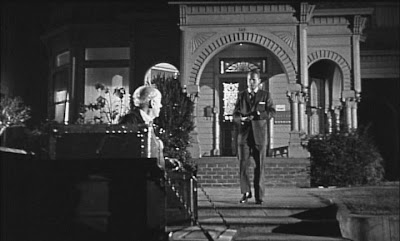 Lily Carver’s (Gaby Rodgers) hideout - Hotel Jalisco was located in the 600 block of N. Spring Street between Sunset Boulevard and Macy. It was demolished and replaced with a parking lot. 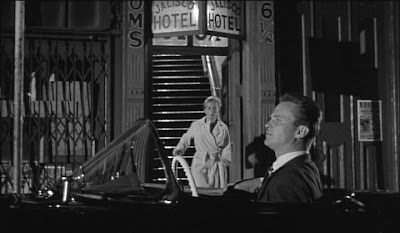 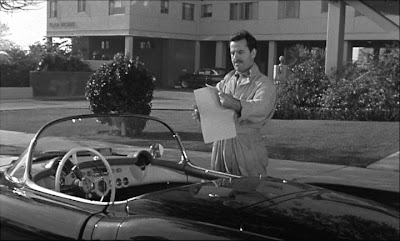 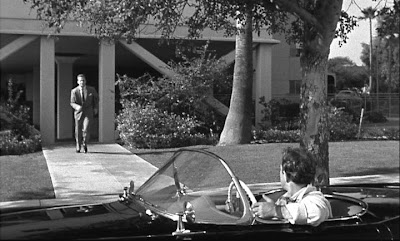 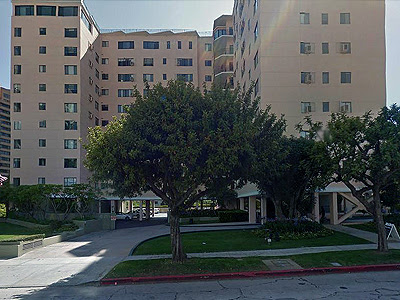 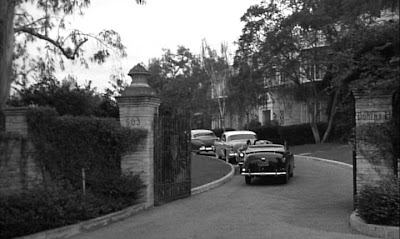 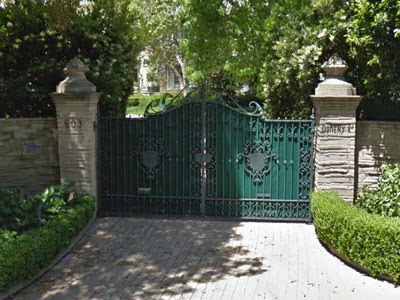 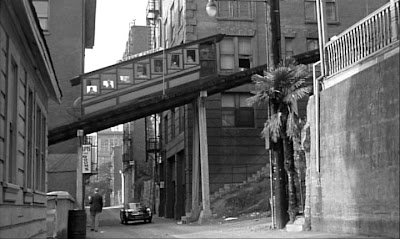 Hammer has to climb a steep flight of steps to get to Trivago’s house. He starts on the Clay Street steps but when he is seen approaching Hillcrest Hotel he is already on the 3rd Street Steps. The steps were removed during the Bunker Hill redevelopment. 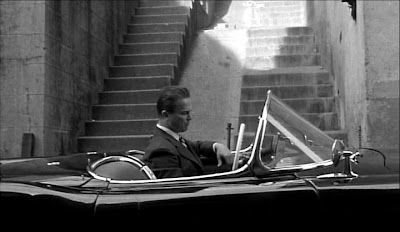 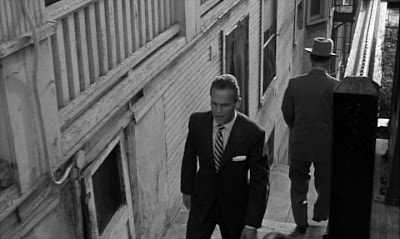 Trivago’s house – Hillcrest Hotel, northeast corner of 3rd and Olive Streets, Los Angeles, California. The building was lost to the Bunker Hill redevelopment along with many other Kiss Me Deadly downtown locations. 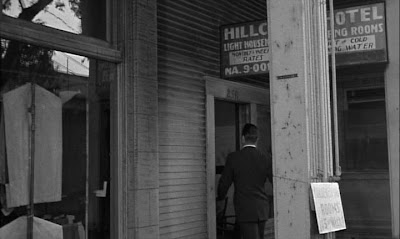 The black nightclub where Hammer hangs out - Club Pigalle was located in the 4800 block of Figueroa Street, Los Angeles, California. 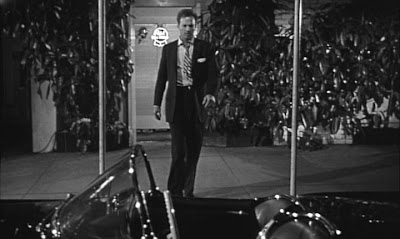 The beach house where the bad guys keep Hammer and Velda and where "the great whatsit" detonates in the finale - Westward Beach Road near Point Dume, Malibu, California. Aldrich would return to this location seven years later to film the climax of What Ever Happened to Baby Jane? 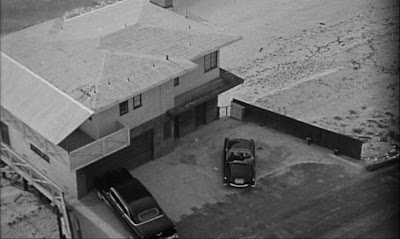 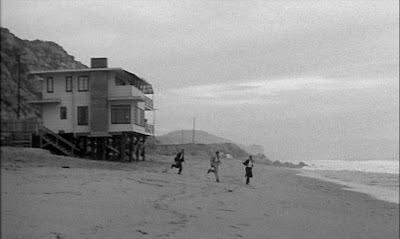 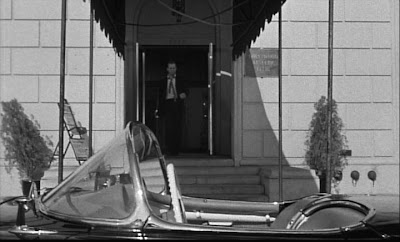 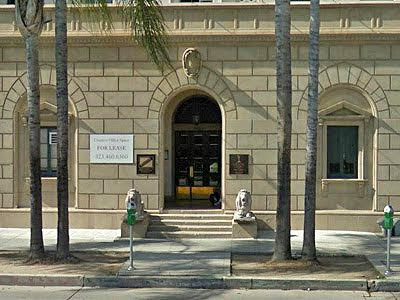