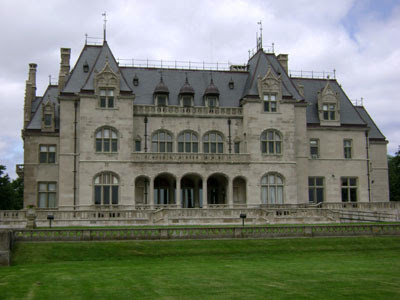 The foyer and ballroom were filmed at Rosecliff, 548 Bellevue Avenue, Newport, Rhode Island. It's not allowed to take pictures inside. 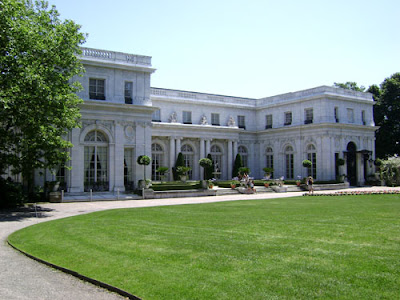 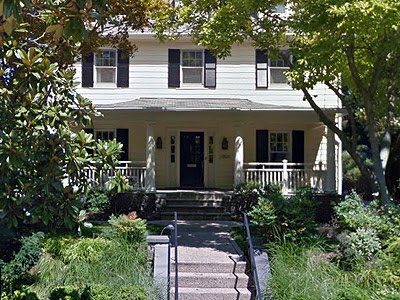 The terrorists try to eliminate Harry - Shops at Georgetown Park (now closed), 3222 M Street NW, Washington, DC. In 2012, the owners of the property decided on interior demolition to get rid of the mall layout inside, opting to create space for larger, multi-level stores. I took this picture back in 2005. 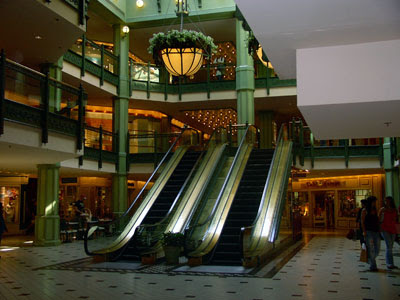 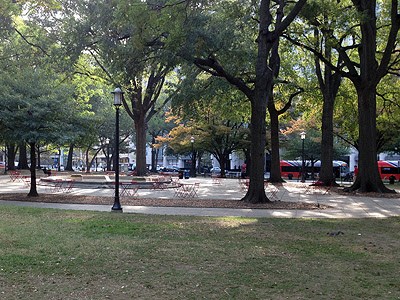 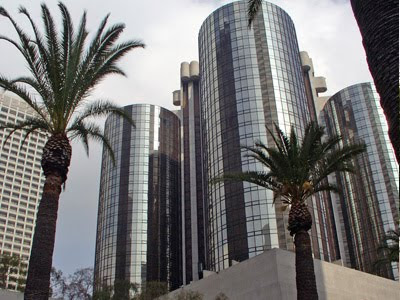 The hotel rooftop scene was apparently trick photography. It looks like a Marriott roof, combined with the Westin Bonaventure towers, and a view of DC. 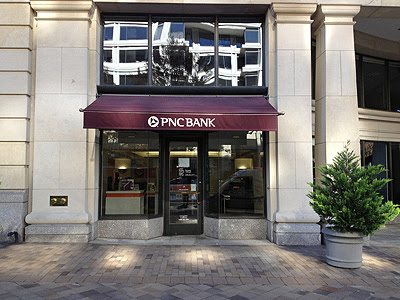 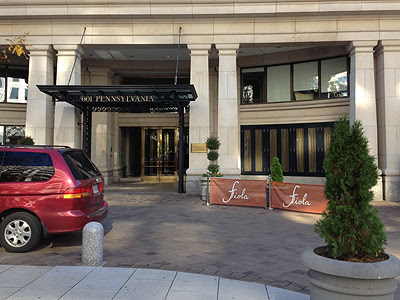 Helen comes to Chinatown for her secret date - H Street at 7th Street NW, Washington, DC. The Chinese Friendship Gate is seen in the background. The gate was a gift of the city of Beijing. 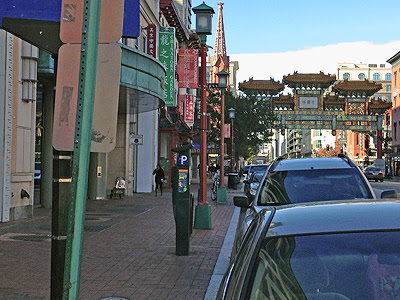 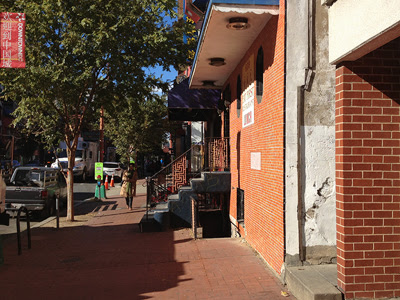 Simon's used cars dealership - 414 New York Avenue NW, Washington, DC. The area has since been redeveloped, and a new building stands on the spot. 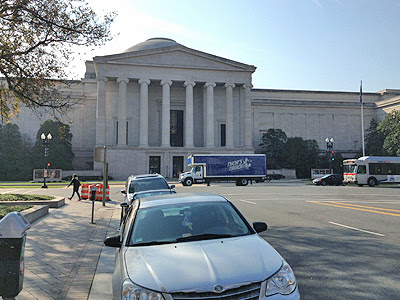 Simon tells Helen to meet him under the Key Bridge - 6th Street Bridge, Los Angeles, California. The concrete bridge was torn down in 2016, due to structural issues, and will be replaced by 2019. 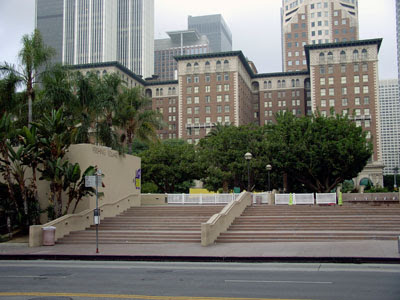 Harry and Helen are brought to the terrorists' hideout - 16820 Old State Road 4a, Summerland Key, Florida