The desert scenes were shot in Jordan and Morocco, as well as Almería and Doñana in Spain. This only covers the Seville filming locations.

Lawrence (Peter O’Toole) and Farraj (Michel Ray) arrive at the British army headquarters in Cairo – Plaza de España, Seville, Spain. Designed by Aníbal González, it was a complex built on the Maria Luisa Park's edge for the Ibero-American Exposition of 1929. In front of the main semi-circular building is a 500-meter canal crossed by four bridges, representing the original four kingdoms of Spain. At either end of the building, there are two towers tall enough to be visible around the city. Today the building is mostly occupied by governmental offices. 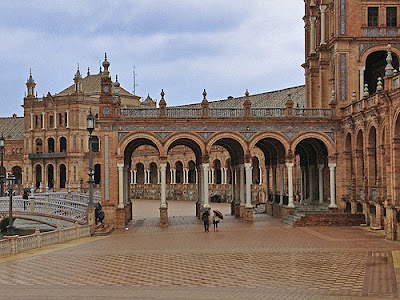 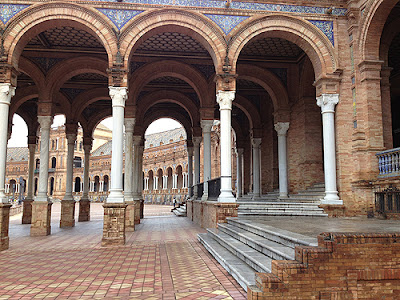 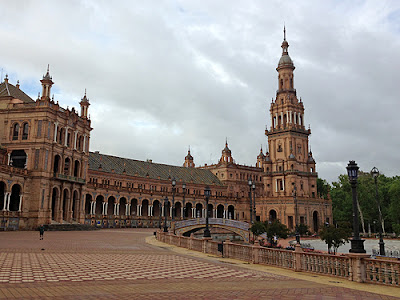 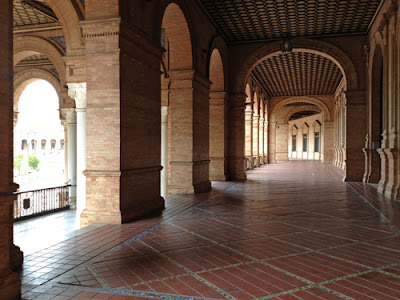 The officers' club and the patio where Lawrence, General Allenby (Jack Hawkins), Colonel Harry Brighton (Anthony Quayle) and Mr. Dryden (Claude Rains) having a drink – Patio Principal (Main Courtyard), Capitania General, Plaza del Ejército, Seville, Spain. Contrary to popular belief, this scene was not filmed at the Hotel Alfonso XIII (the cast and crew stayed at the hotel during the shooting, that much is true.) The white wood-and-glass partitions were just sets constructed inside the court. The fountain in the middle of the court was a prop that replaced the cannon seen in the earlier episode when Lawrence enters the building. The windows on the second floor were installed for the filming but they have remained there to this day. The building is a governmental office, and it’s not easy to get inside to take pictures.

Lawrence comes to the British army headquarters in Jerusalem – Casa de Pilatos Gate, Plaza de Pilatos 1, Seville, Spain. The Palace of the Adelantados Mayores (governors) of Andalusia, popularly known as the Casa de Pilatos, was built in the early 16th century in a mixture of Renaissance, Gothic and Mudejar styles. In 1520, Don Fadrique Enríquez de Rivera, the first Marquis of Tarifa, returned from a two-year long trip to the Holy Land and Europe. His encounters with the magnificent architecture made such a lasting impression on him that he decided to turn his estate (then still under construction) into a Renaissance style palace. The marquis then discovered that the distance from his palace to a small temple at Cruz del Campo was exactly the same that supposed to have separated the former house of Pontius Pilate and the Golgotha. In 1521, he inaugurated the observance in Seville of the Holy Via Crucis (Holy Way of the Cross). So the place later became known as the Casa de Pilatos due to its association with the Way of the Cross ceremony, and not from a being an alleged replica of Pilate’s house in Jerusalem. 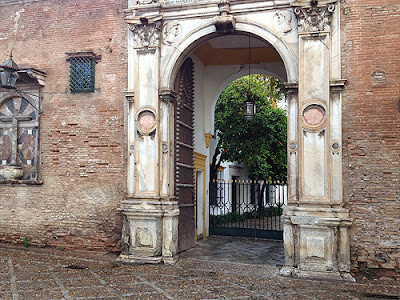 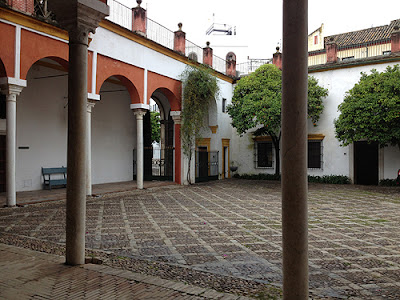 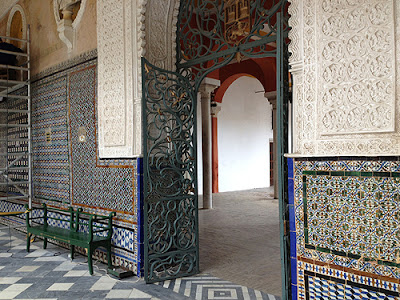 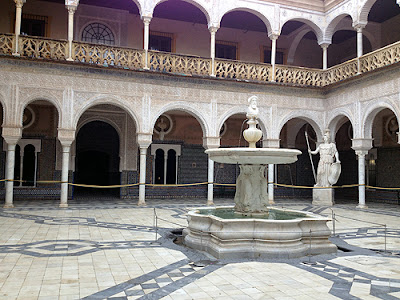 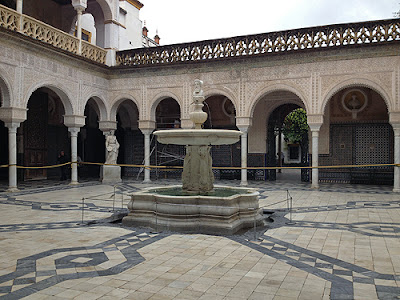 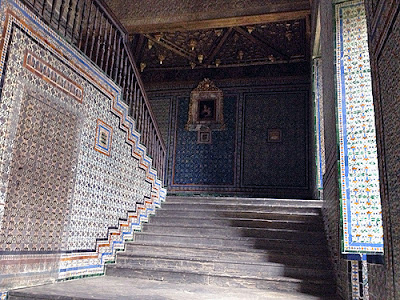 The parade in Damascus – Plaza de America, Seville, Spain. They are entering the Archaeological Museum, and the building in the background is the Museum of Arts and Traditions. All these buildings were designed by Aníbal González between 1913 and 1916 for the future Ibero-American exhibition of 1929. 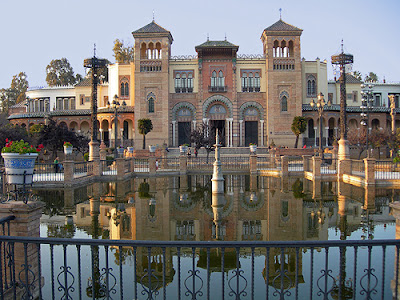 The confrontation between Auda abu Tayi (Anthony Quinn) and Sherif Ali (Omar Sharif) after the council – Patio de las Doncellas (Court of the Maidens), Real Alcazar, Seville, Spain. The courtyard had various floor designs over the years, which explains why the reflecting pool looks different from the movie. 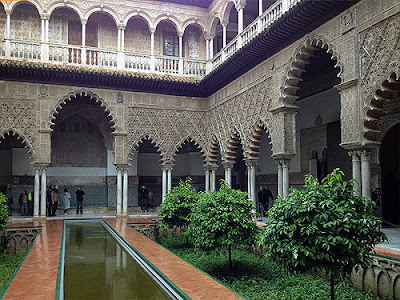 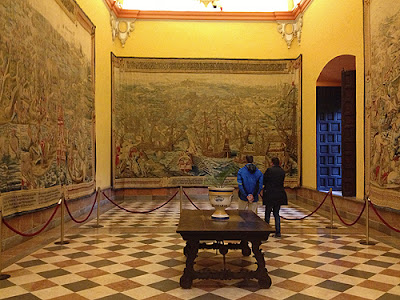 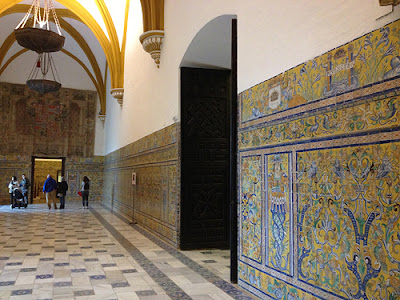