San Bernardino Arms where Tod Hackett (William Atherton) meets wannabe actress Faye Greener (Karen Black) – this was a studio set built on the Paramount backlot and was modeled on the Parva-Sed Apta Apartments at 1817 N. Ivar Avenue, where author Nathaniel West stayed in 1935 and where he began writing The Day of the Locust. The movie studio – Paramount Studios, 5451 Marathon Street, Los Angeles, California. This is the Bronson Avenue gate. You can no longer get close to the famous gate (unless you have a business at the studio or book a tour), it can only be admired from a distance. 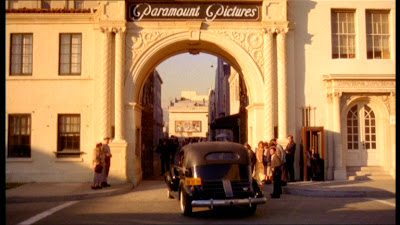 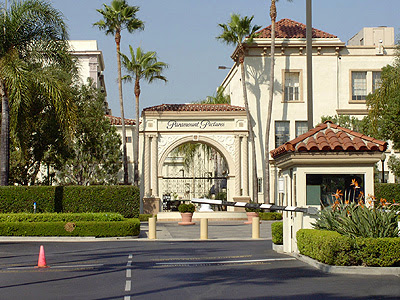 The used cars lot – Still searching for this location. 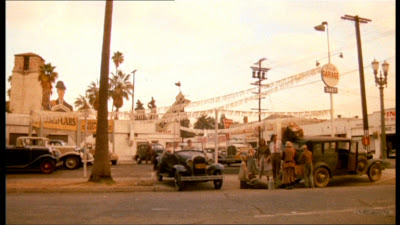 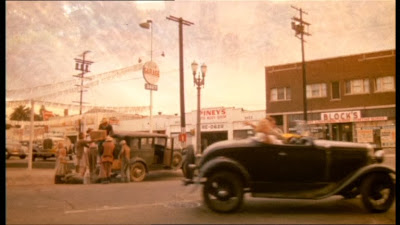 Tod and Faye taking pictures in front of a Hollywood mansion – Still searching for this location. The second shot is a view onto the street from the mansion's driveway. 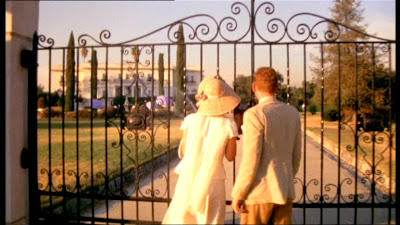 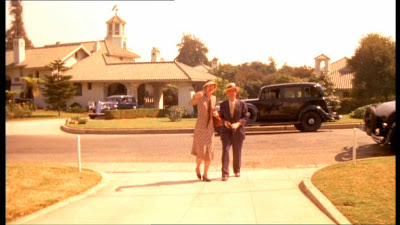 The Hollywood sign – just two letters of the sign were recreated in a more accessible area of Hollywood Hills. 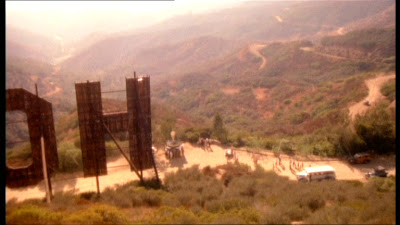 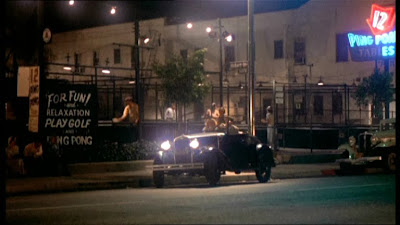 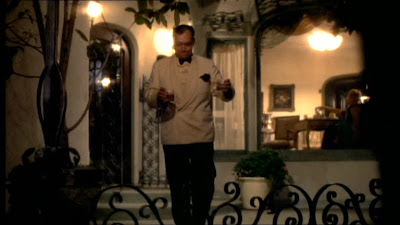 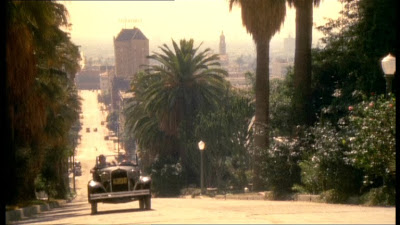 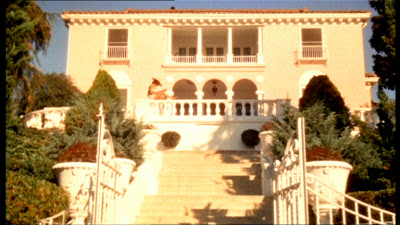 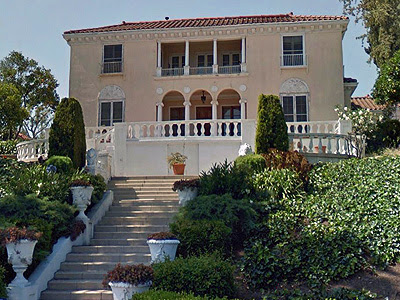 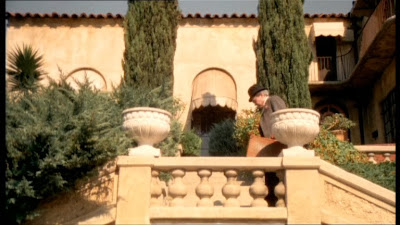 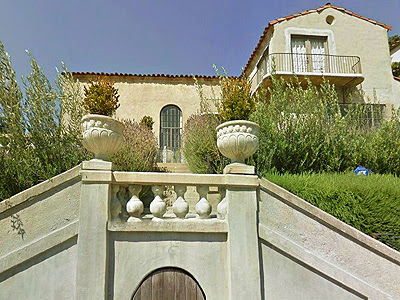 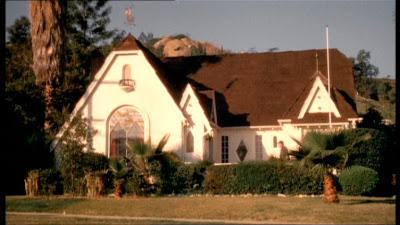 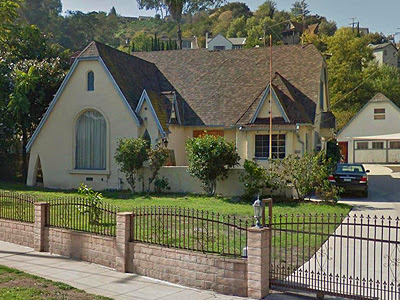 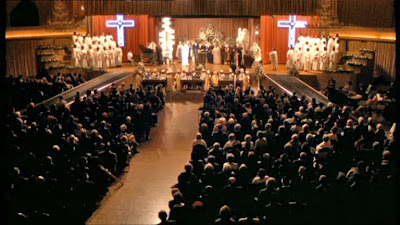 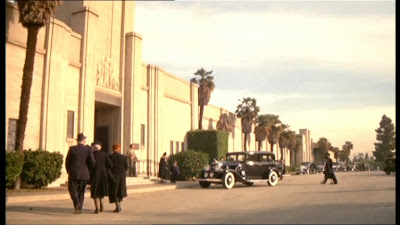 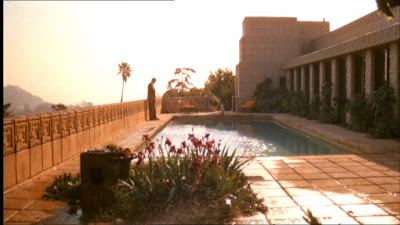 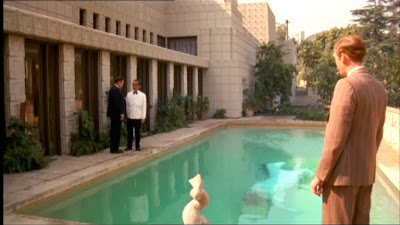 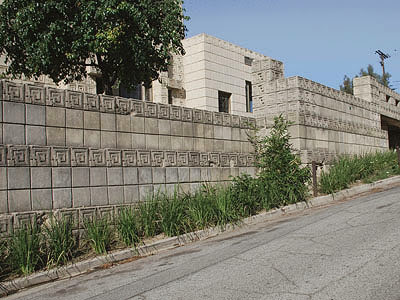 The movie premiere - Grauman's Chinese Theater, 6925 Hollywood Bouilevard, Los Angeles, California. This section of the boulevard was recreated at the studio, with the addition of a non-existing street directly in front of the theater. 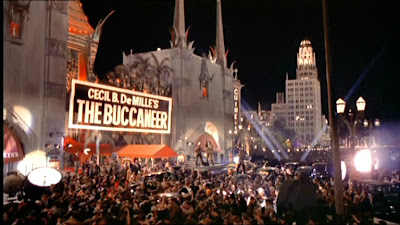 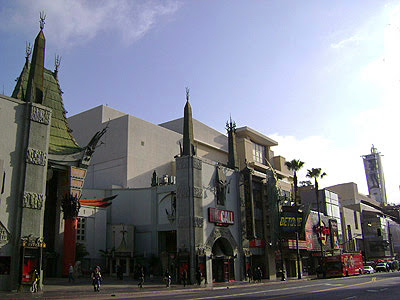