It’s hard to add something to what has already been said about this classic film, but I’ve managed to find a few more surviving locations that haven’t been mentioned before.

Norma Desmond's (Gloria Swanson) mansion – the northwest corner of Wilshire and Irving Boulevards, Los Angeles, California. It belonged to the wife of J.P. Getty and had stood empty for several years before Billy Wilder chose it for filming of Sunset Boulevard. As everyone knows by now, it didn't have a swimming pool required by the screenplay so it was installed for the purposes of filming. The pool and the mansion were later used in another classic film, Nicholas Ray’s Rebel Without a Cause. A couple of years after Ray's film was released, the mansion was torn down. Today, a nondescript office parking lot stands on the site. 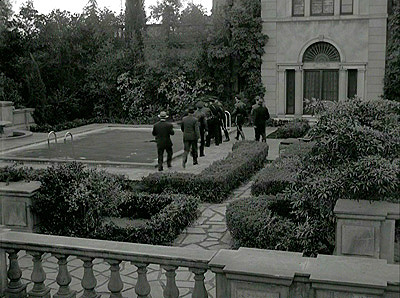 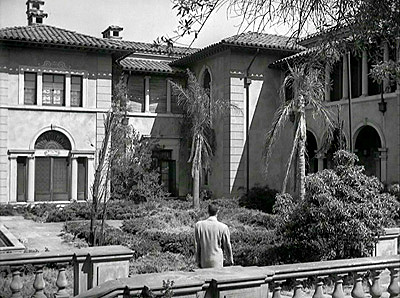 Joe Gillis’ (William Holden) apartment building – Alto Nido, 1851 N. Ivar Avenue, Los Angeles, California. The Alto Nido ("high nest" in Spanish) has seen its share of renowned non-fictional residents as well, including Roscoe 'Fatty' Arbuckle, Claudette Colbert, and George Cukor. According to local lore, Elizabeth Short aka The Black Dahlia, also stayed there. This is apparently not true but it didn't stop Brian De Palma from featuring it in his 2006 film version of the infamous murder case. 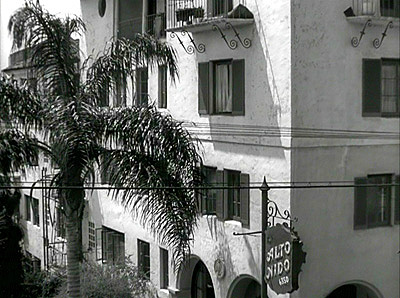 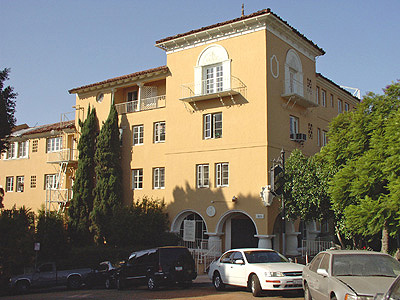 The place where Gillis stashed his car – the parking lot on Vine Street, next to The Palace, Los Angeles, California. The camera is looking toward Ivar Avenue. 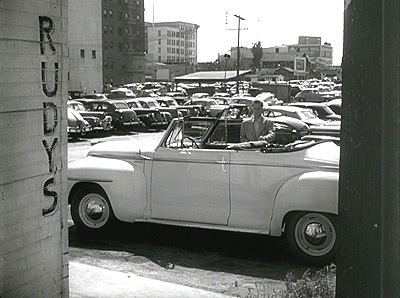 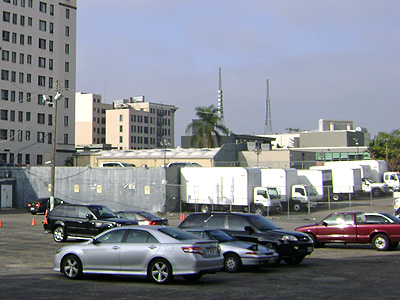 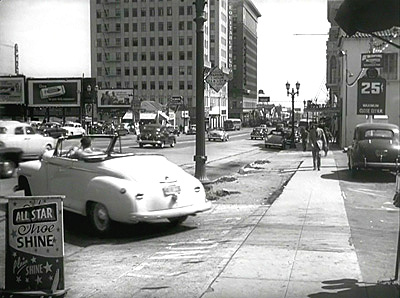 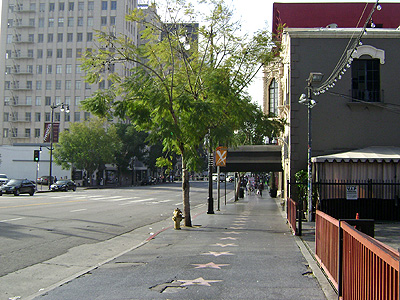 Paramount Studios - 5451 Marathon Street, Los Angeles, California. This is the Bronson Avenue gate. You can no longer get close to the famous gate (unless you have a business at the studio or book a tour), it can only be admired from a distance. 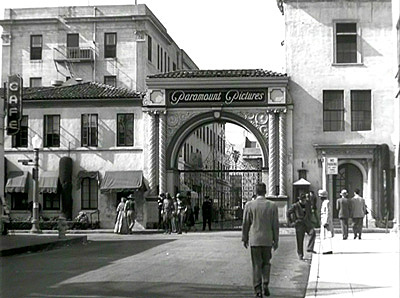 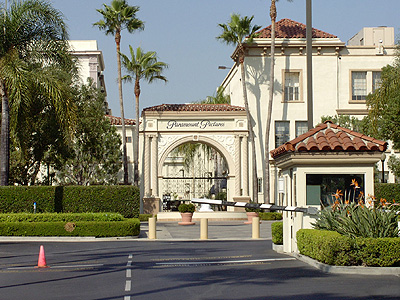 Schwab’s Pharmacy – 8024 Sunset Boulevard, Los Angeles, California. It was Hollywood’s most famous drugstore, a popular hangout for writers, actors, etc., many of those living in the neighboring Chateau Marmont or Garden of Allah. The store had to close in 1983, and was torn down a few years later. 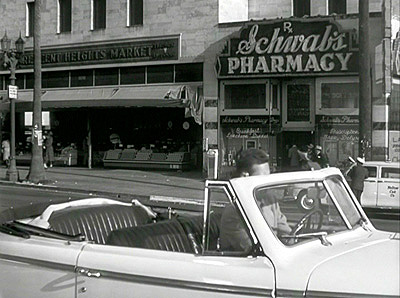 Gillis sees the repo men and makes a sharp U-turn at the junction of Sunset Boulevard and Bel Air Road, Los Angeles, California. 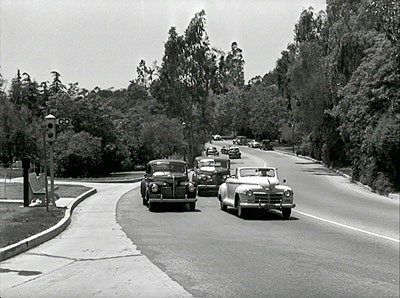 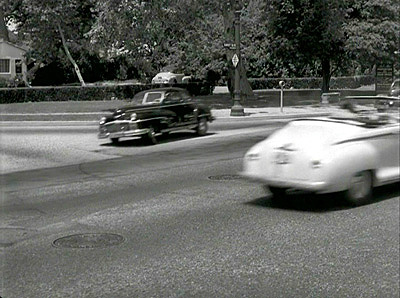 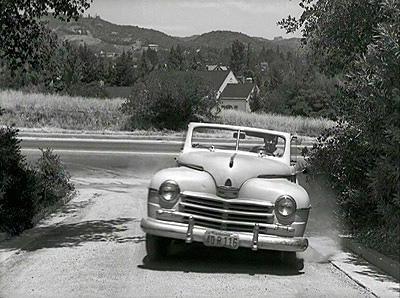 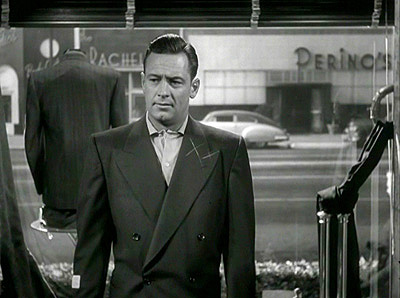