Lucy Honeychurch (Helena Bonham Carter) gets a room without a view – Pensione Quisisana, Lungarno degli Archibusieri 4, Florence, Italy. The Pensione Quisisana was damaged by a car bomb blast in 1993 and had to close. It's now the Hotel degli Orafi. 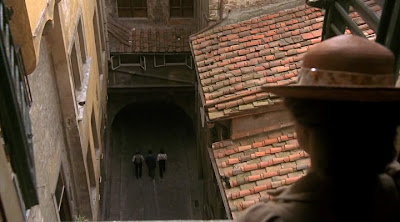 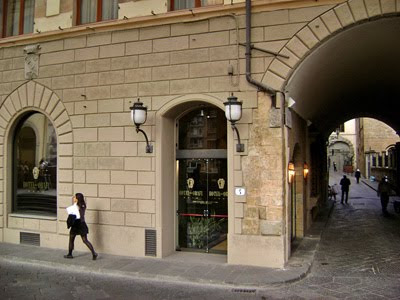 The titular view was filmed from the terrace of a private residence across the Arno River. 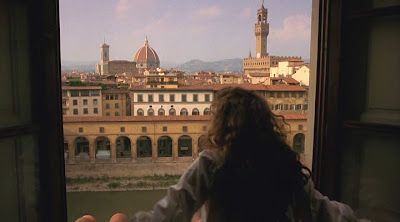 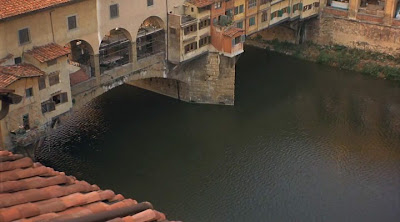 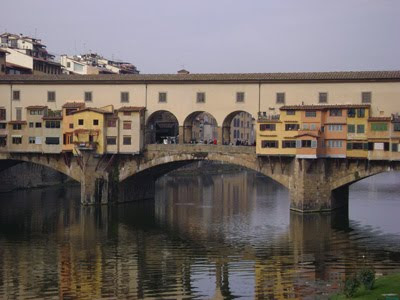 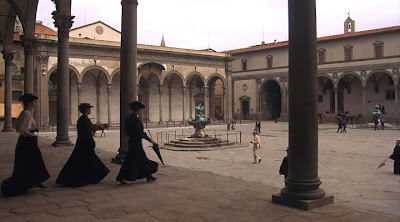 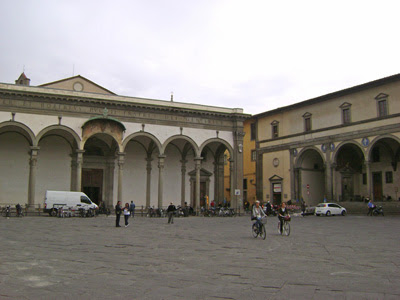 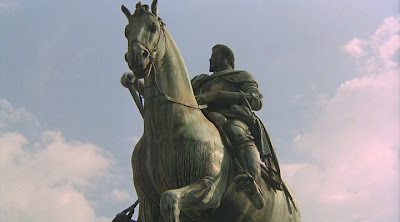 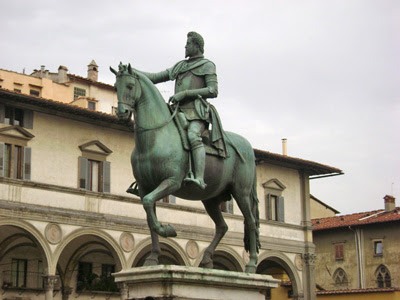 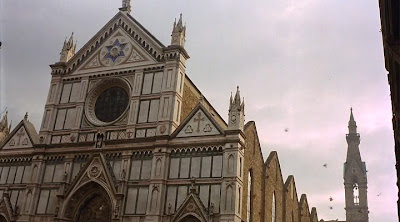 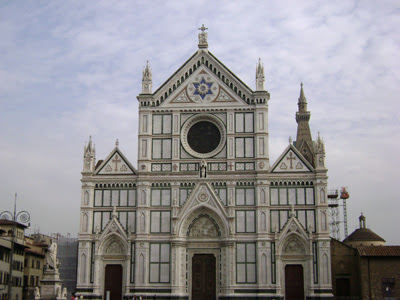 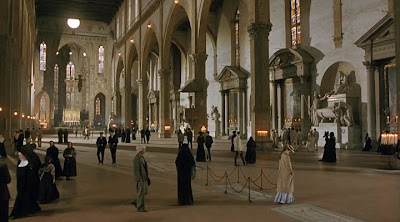 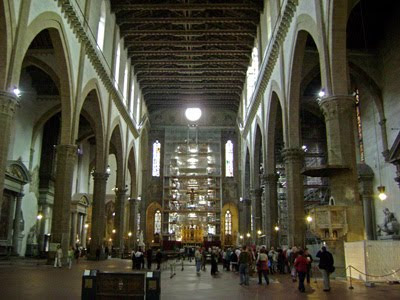 Lucy looking at Dante's cenotaph - Santa Croce, Piazza Santa Croce 16, Florence. A cenotaph is an "empty tomb" or a monument erected in honor of someone whose remains are elsewhere. Dante is actually buried in Ravenna where he died in exile. 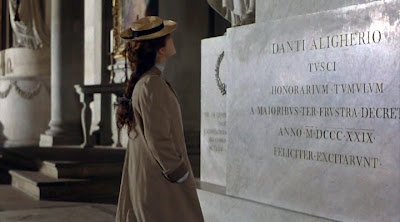 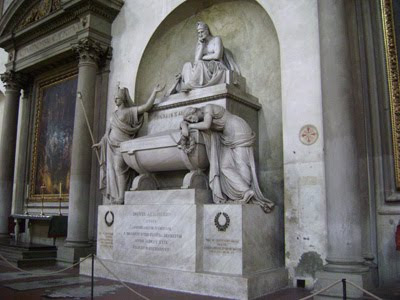 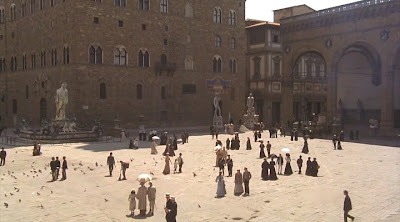 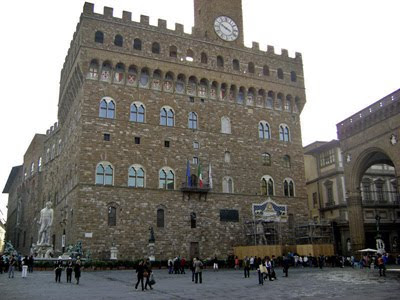 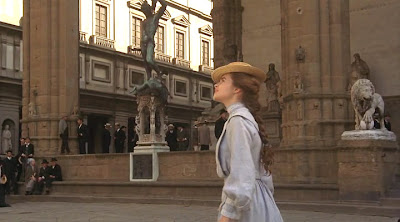 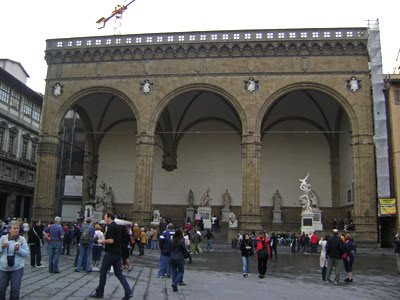 One of the sculptures is Cellini’s "Perseus holding the head of Medusa." 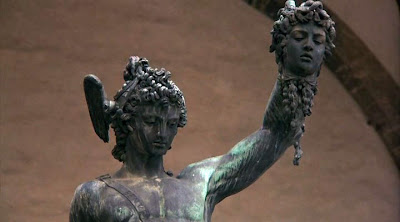 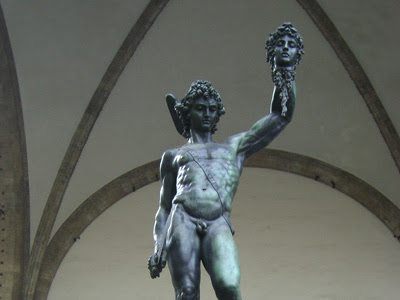 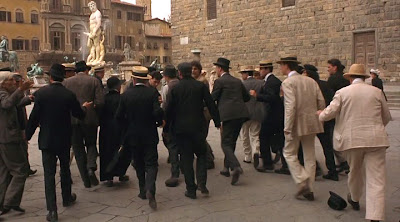 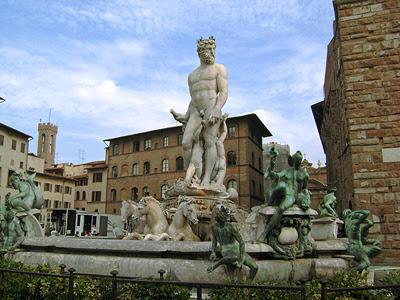 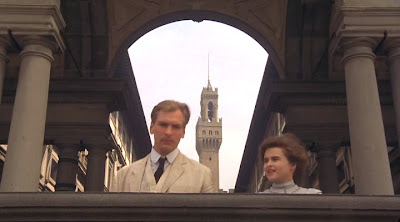 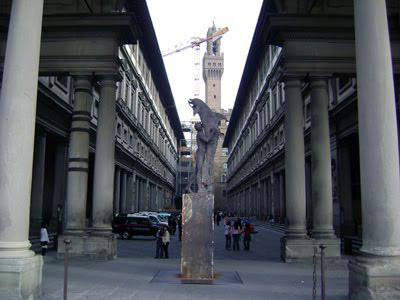 The rest of the movie was filmed in England. I may cover these locations at some point.