Veronique and her boyfriend Louis are closing the flower shop where she works - 168 Boulevard Haussmann, Paris, Île-de-France, France. 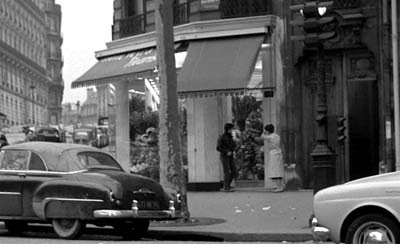 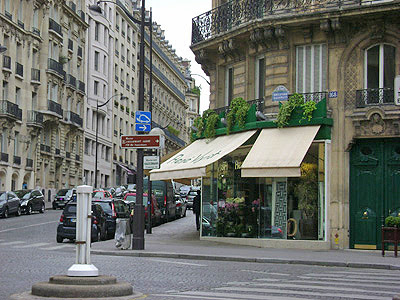 The building where Julien (Maurice Ronet) murders his boss is right across the street at 29 rue de Courcelles, Paris. The facade was obviously renovated but it's still an office building. 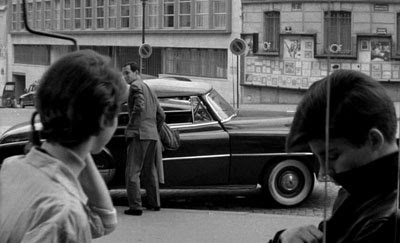 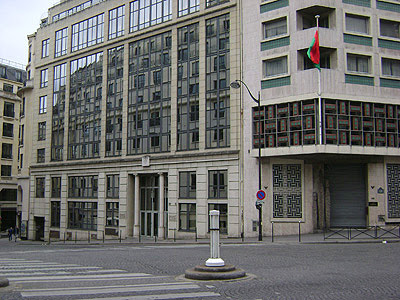 The café "Royal Camée" is where Florence Carala (Jeanne Moreau) is waiting in vain for her lover, and where Julien is later arrested. It's now an Italian restaurant - Finzi, 182 Boulevard Haussmann, Paris. 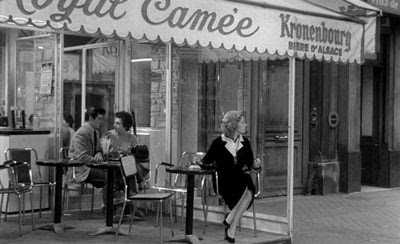 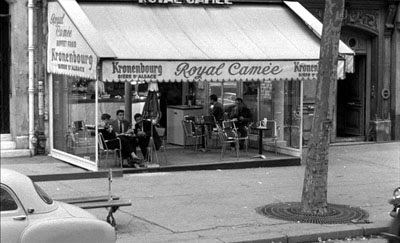 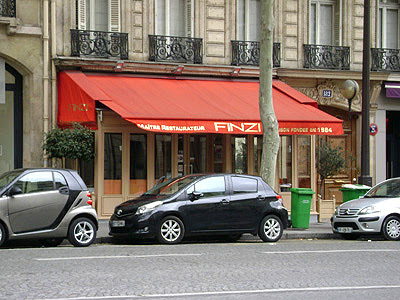 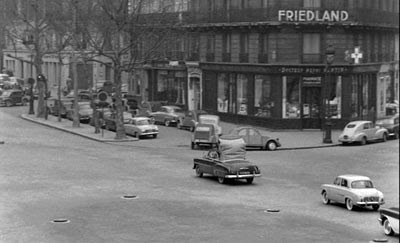 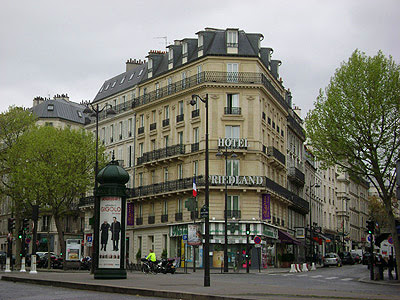 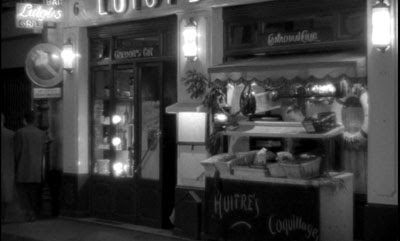 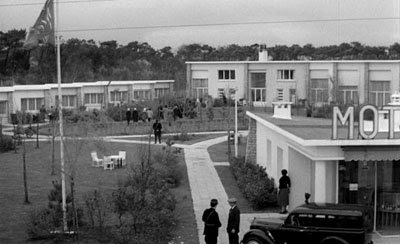 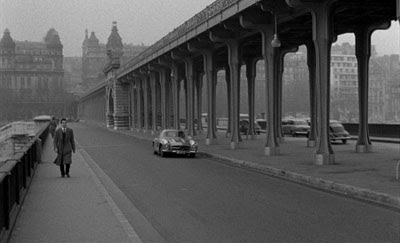 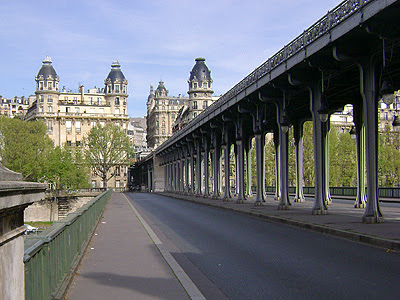 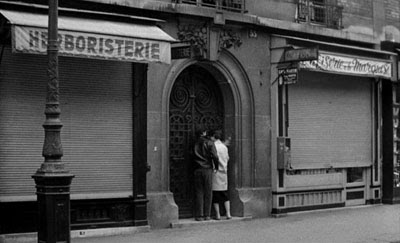 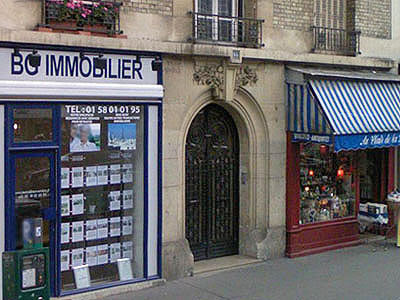